A whole-health solution for balanced hormones

What It's Like to Take Veracity’s Skin + Health Test

April Hinkle, 29, is an early user of Veracity’s Skin + Health Test. She recently moved from New York City to San Diego with her fiancé and 1.5 year old son, Atlas. In addition to working a high-stress job as the manager of a domestic violence shelter, Hinkle has started a community organization called Just Human to support people escaping domestic violence and homelessness. Here, she shares her experience taking Veracity’s Skin + Health Test. 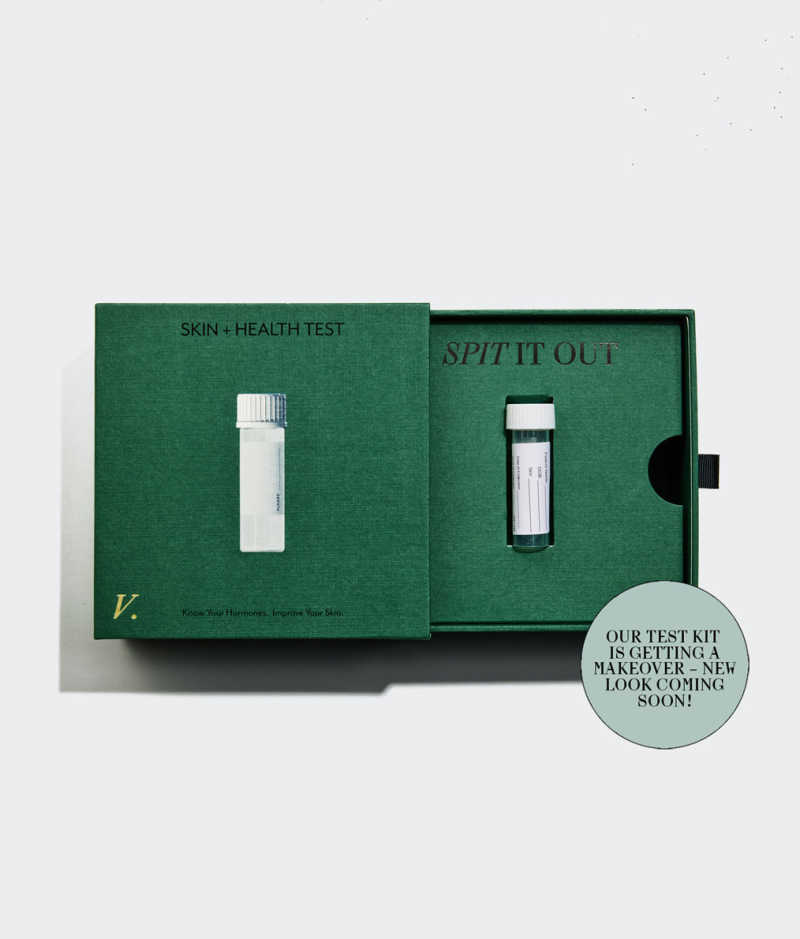 Veracity: Can you tell us a little about your skin and how it changed during and after pregnancy?

April Hinkle: Before pregnancy, I struggled with acne, dryness, redness, and just very hormonal skin stuff. I definitely could tell when I was about to menstruate because I would get acne. When I got pregnant, my skin was really dry in the beginning. Then, through the second and third trimesters, it was really, really good. During this time, I stopped wearing foundation and started using raw honey on my face as a moisturizer mask and cleanser. An aesthetician had told me to do that.

After pregnancy, my skin didn't go back to the same as it was before, but it's also not as good as during pregnancy. I've since started to prioritize a skincare routine.

V: Prior to trying Veracity’s Skin + Health Test, did you have any hormonal issues that you knew about?

AH: I had hormonal issues years before linked to the birth control I was using, but it wasn't something I was managing or thinking, “Oh, that's connected to my skin and overall health.”

V: So, on a day-to-day basis were you aware of and thinking about your hormones at all?

V:  What made you interested in testing your hormones through the Veracity Skin + Health Test?

AH: I had been subscribed to Curology, and I met with a dermatologist over video for a couple of minutes who gave me a prescription acne medication. I used it for about a month and my first reaction to it was that it was very tingly and uncomfortable. They told me, “Oh, that's normal. You have to wait for it to kind of adjust.” So, I kept using it. It was a good spot treatment, but I didn't like the idea of having a prescription medication that I was reliant on.

Then, I heard about Veracity. I liked that with Veracity there was a conversation about hormones and life changes — like stress, pregnancy, and things like that — that I think should be a part of figuring out what's needed for your skin.

V:  Were there any aspects of the at-home test that you were particularly nervous or excited about?

AH: I had done a DNA test before, so I was comfortable with the at-home testing thing. But I was excited about the opportunity to do something that was a little bit more customized in learning about my results.

V: Can you walk me through what it was like to take this test?

AH: I did it in my kitchen while I was preparing to move cross country. It was pretty quick and it wasn't too complicated. The instructions were easy to follow. I remember struggling a little bit with the saliva test just to get enough. When I first went to do it, I opened it and read that you shouldn't eat or drink water beforehand. So I closed it up and waited until the next morning. It took maybe 15 minutes to finish it.

V: Was there anything that surprised or excited you about your results?

AH: I was surprised to learn through the Veracity test that my progesterone was low, and my estrogen was higher. In addition to skincare, the results recommended a supplement for me to take to support my adrenals and the production of progesterone, and I can really feel a difference. I was surprised by how much better I felt after taking the supplement.

V: Did the results change how you treat your skin or make you rethink your skincare routine?

AH: Definitely. I changed my cleanser. I had thought I should just be mindful about getting something for sensitive skin, but it wasn’t on my radar that a gel cleanser would be better for maintaining hydration. I wasn't using an eye cream before, and I also got the moisturizer that was recommended.bI've been more diligent about putting them on every night before bed.

V: Do you feel better having made these changes?

AH: For sure. My mom commented two days ago, "Oh, your skin's really clean." My sister and my friend said the same thing. So it's actually a noticeable difference, although my fiancé hasn't said anything, but I'll take that up with him later.

All Veracity Skincare Products Are Pregnancy Safe: Veracity products are scientifically certified free of endocrine-disrupting chemicals, making them always pregnancy- and breastfeeding-safe and hormone friendly. Read our guide to Veracity skincare to find the right products for your skin.

V: After getting your test results and changing up your skincare routine, is there anything that you plan on continuing to learn about or explore when it comes to these wellness issues?

AH: I made an appointment with a doctor specifically to do a full hormone panel and start a conversation around that. It’s something that I had thought would be interesting to do in the past, but I've actually taken steps to do it now because I would like to monitor that issue and look at not only the results, but also how my birth control may be impacting my hormones.

V: If you had to describe your experience in a nutshell, what did you learn about yourself after doing the Veracity Skin + Health Test and what impact did it have on your life?

AH: I learned that I can't just walk into a Sephora and pick the pretty package; I should probably have a little more strategy. A product that works and has good reviews doesn't mean that it's the right thing for my skin or my needs at that time.

V: Looking back, do you think your experience with your skin would have been any different if you had access to information like this earlier?

AH: Before my pregnancy, definitely. I would have liked to know about it 10 years ago.

During Stressful Times, Keeping Your Hormones Balanced Is Key

During Stressful Times, Keeping Your Hormones Balanced Is Key