Welcome to the Goddess Phase: Menopause

When you think of menopause, you may picture a woman ripping off layers of clothing mid-hot flash or power-walking the neighborhood wearing ankle weights while complaining about her lack of sex drive. I still think of that Sex and the City scene where Samantha is despondent and embarrassed about entering menopause. The episode ends in “triumph” when her period returns mid-sex, as if the worst thing that could happen would be an early menopause.

But what if instead of fearing menopause or talking about it in euphemisms like “The Change” menopause was instead something to celebrate? It’s not as revolutionary a thought as it might seem. Entering menopause used to be a cause for joy, and in some societies it still is. 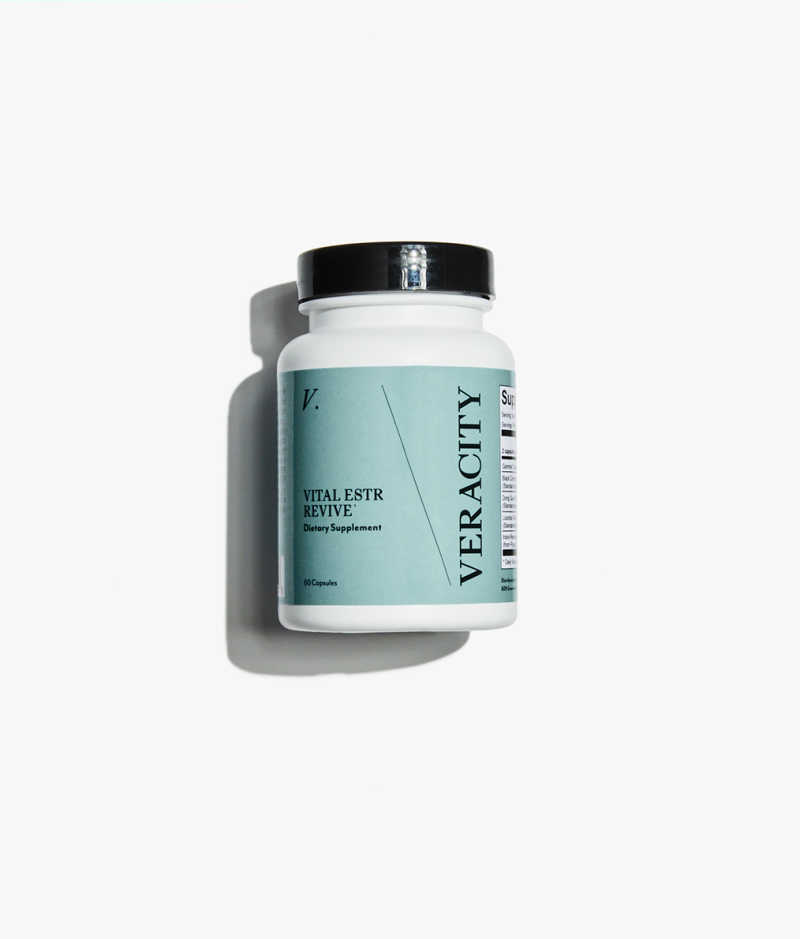 Looking Back to Redefine Menopause

Many ancient societies embraced the three phases of womanhood: maiden, mother, and crone. Crone, which refers to a woman past child-bearing years, was not a pejorative like it is today; instead, these women were celebrated for their wisdom, intuition, and guidance. Certain Native American tribes still embrace this in the position of the Clan Mother, an older woman who presides over all ceremonies, appoints the chief, and has the ability to remove him if she feels he’s not adequately representing the clan. Interestingly, many tribes don’t have word for menopause, suggesting that it’s not seen as a major event.

‘[During menopause] she starts to think about her own needs first for the first time. [She may get] very creative, very spiritual, very intuitive,’ Dr. Gabrielle Francis says.

We can also see an example of this in nature. Killer whales (orcas), short-finned pilot whales, belugas, and narwhals are the only animals besides humans who go through menopause. Other animals who have periods continue to be fertile throughout their entire lives, but female whales live long after they stop menstruating. During this final chapter, they become leaders of their pods or “repositories of ecological knowledge” according to a 2015 study on post-menopausal whales.

Menopause officially occurs after 12 months without a menstrual period, and it happens to women typically between the ages of 45 and 55 (though 51 is the average age).

While it’s often thought of as an end rather than a beginning, a shift in thinking and understanding can help us reframe menopause not as something to dread, but as a gateway into the most empowering phase of life.

“The exciting part about menopause is that, before the age of 40, women have very high estrogen and progesterone levels and those hormones wire you to mother,” says Dr. Gabrielle Francis, a naturopathic doctor known as The Herban Alchemist and advisor to Veracity.  “Those hormones wire you to give, give, give. They flood you with this inability to see your own needs because you're wired to take care of everybody else. Even if you don't have kids, women under the age of 40 are very focused on caring for other people, worrying about other people, or needing to be needed.”

During menopause, follicle-stimulating hormone (FSH) and Luteinizing Hormones (LH) rise. Dr. Francis calls these the “queen hormones” because they wire women to get in touch with their spirituality and their creativity. “She starts to think about her own needs first for the first time. [She may get] very creative, very spiritual, very intuitive.”

Dr. Francis says women will often experience a shift in their relationships at this point, especially with family. “It’s like, ‘Hey, I love all you people, but you can do this yourself now. I'm gonna go take a belly dancing class.’ And everybody's like, ‘What happened to mom?’”

But this shift to prioritizing our own needs is essential for women, and it allows us to thrive – if we’re willing to embrace these new feelings.

Preparation Is Key to a Smooth Transition into the Goddess Phase

During menopause, the ovaries, which produce as much as 80% of a woman’s estrogen, progesterone, and testosterone essentially close up shop and stop producing hormones associated with ovulation and menstruation. The remaining 20% of these hormones are produced by the adrenals, and that continues post-menopause.

“One of the most important things that I tell women as they're moving into perimenopause is that, when the engine shuts down, you want to make sure the backup generators are going to kick in,” Dr. Francis says, speaking of the adrenals as the backup. “A lot of people are going through their perimenopause time and their backup generators are depleted — that's when they start to have all these menopause symptoms that are really uncomfortable. That's not normal – it's common, but it's not normal. It's a sign that there's imbalance.”

Perimenopause is the time before menopause officially begins; it may last several years or just a few months, and it's categorized by irregular periods and sometimes hot flashes and other symptoms. This can be a tricky time; women may feel like they have feet in two camps. “One day she's wired like a queen and some days she's wired like the mother, and she'll often feel like she's kind of two different people in one,” Dr. Francis says. “It's a time where I see a lot of people going through frustrations because they don't understand that the changes in their hormones are affecting how they see themselves emotionally and spiritually.”

In addition to lifestyle tweaks like meditation, healthful eating, exercise, and prioritizing sleep, Dr. Francis says it’s important for women to have “a partner in health” in the time leading up to and through menopause — a doctor or health professional who can test for hormonal changes and help her navigate through them. “It's very rare that a woman in our culture who's going, going, going, never recharging, always giving, always working and taking care of other people isn’t depleted. [She will likely] need some kind of additional hormonal supplemental support to help this be an easy transition,” she says. 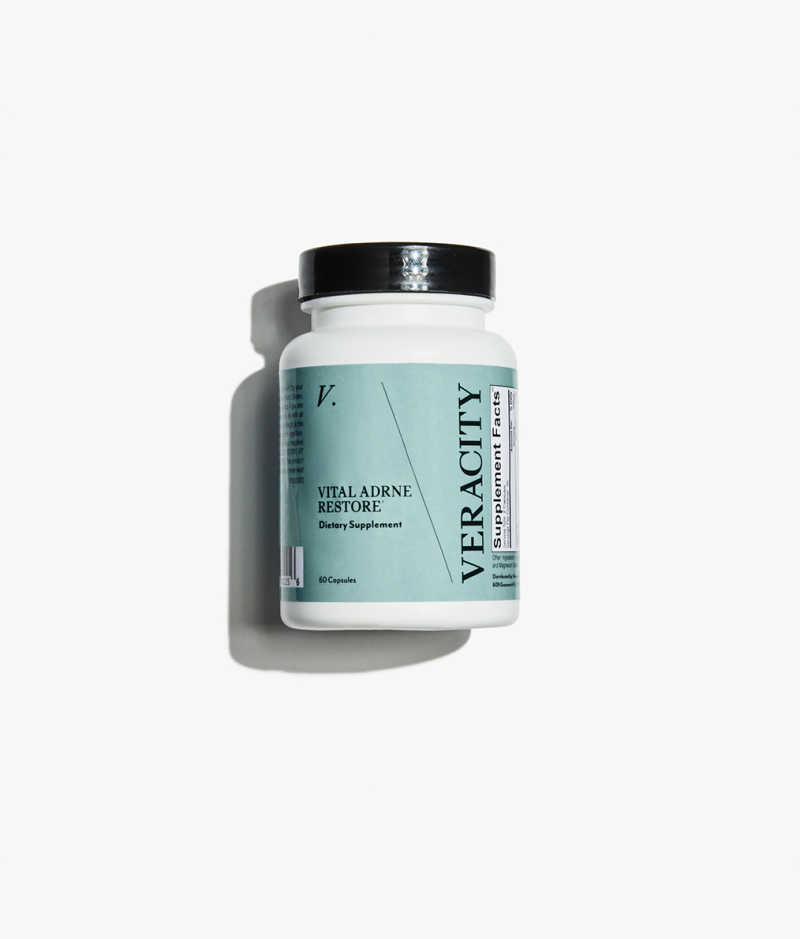 Dr. Francis says that this state of pre-menopause burnout isn't the norm for people in other cultures who are less stressed. It wasn’t until the last 25 or so years, for example, that the Japanese language created a word for “hot flash” (derived from English). The Japanese word for menopause translates as “renewal” or “season.”

Dr. Francis says she was recently chatting with some friends in Denmark when the conversation turned to menopause. The Danish women were joking about how their American friends complained about gaining weight, mood swings, not sleeping, and having hot flashes. “They were like, ‘we didn’t experience that at all,’ because their culture does not have nearly the kind of stress that we have,” Dr. Francis says.

One study outlined in Reuters backs up this anecdote, finding that residents of Denmark, Sweden, and Norway were most likely to report that “going through menopause turned out better than they expected,” whereas the reverse was true for those living in the U.S., U.K., France, and Canada. If menopause were simply a hormonal change, the experience would be similar across cultures, but societal implications and biases about “aging women” paired with stress levels also influence the experience of menopause.

“We don't want to move to Denmark. It's boring there,” Dr. Francis jokes. “But we do need to understand that you can't just keep driving a car with no gas in the tank and think it's going to get you where you want to be.”

A change of mindset that celebrates menopause paired with lifestyle tweaks and hormone checks during perimenopause can set you up to embrace your Goddess Phase rather than fear it.

Grace Gallagher is a freelance beauty and lifestyle writer living in Portland, Oregon. Her work can be found in Romper, Greatist, HelloGiggles, Sunday Edit, Healthline, and more. October 20, 2022

Naturopathic Doctor, Chiropractor, Acupuncturist, and Licensed Massage therapist in NYC, and a medical advisor to Veracity.

If you’re showing early signs of aging, Inflammaging may be to blame.

One Fun Way to Boost Your Hormones—Have Sex

If you’re showing early signs of aging, Inflammaging may be to blame.

One Fun Way to Boost Your Hormones—Have Sex